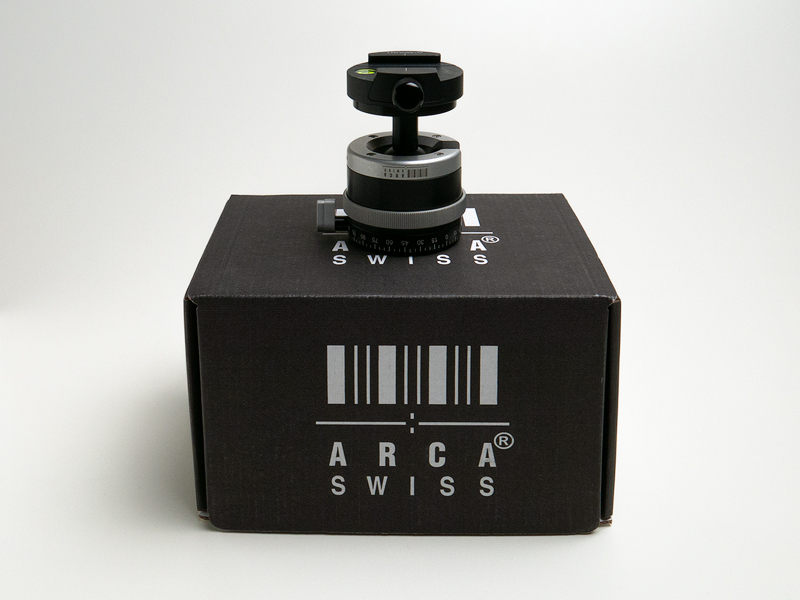 I’m often asked, which unusual tripod head I’ve mounted between the camera and tripod. The answer to this is short and long at the same time and often a discussion has emerged. In this blog post I would like to show you which item I use and how or why I took the effort to use it out of its intention.

First of all, there is not just one tripod head for me, which fully meets all my requirements. Therefore, I use of two heads of a small French camera manufacturer depending on the activity: an Arca-Swiss D4 geared head and an Arca-Swiss p0 ball head. The term “Arca-Swiss” is often referred to in connection with a standard for camera clamps and plates. However, few of you know that Arca-Swiss is actually a manufacturer of extremely high quality (and expensive) camera systems and accessories for photographers whose revolutionary mounting system is more or less successfully copied around the world and then called “Arca-Swiss compatible”.

My first tripod head, the Arca-Swiss D4, is a compact geared head that weights 876 grams (without clamp). After using a Manfrotto 405 in my studio for a couple of years, I was amazed with the precision of adjusting the image and therefore always wanted to go back to a geared item. The Manfrotto, however, weighed more than 3.5 pounds and this fact made any mobile use completely impossible. With the market launch of the Arca-Swiss D4 in 2013, the cards were reshuffled and I immediately ordered this fantastic geared tripod head. On longer hikes, when every gram counts, this head was far too heavy for me and the search for an alternative head began. Since I was enthusiastic about the haptics of my D4, I wanted to buy the second head there as well. A suitable candidate was quickly found: Arca-Swiss p0, the most compact head in the product line, a light weight of 0.67 pounds and a load capacity of 44.

The Arca-Swiss p0 is a affordable ball head, that is unique on the market for its single annular locking ring. A masterpiece in minimal design. The first p0 was ordered quickly, but I did not really like the upside-down design. Fruthermore, the locking ring wasn’t comfortable to use at all in extreme camera positions. And the plane of rotation above the sphere limited the angle of panoramas to the horizontal. I wanted to fix these three things. The easiest way was finally to turn the head upside down.

Since this moment the problems started. How should I connect the head to the tripod? The majority of available tripods contain a 3/8 inch thread (smaller than 1/4 inch), the p0 as a French product uses a metric M6. A request to Arca-Swiss in the Alsatian Besançon brought no success. The engineers warned me, however, a too long M6 screw would damage the retaining ball (the statement was aimed primarily at the guarantee). Shortly after this message, the courage left me and I sold my p0. But the idea did not let me go.

A few months later when cleaning the tripod I found out that the 3/8 inch screw on the tripod can be easily removed. So I reacitvated the project again. In Stuttgart at arca-shop.de I ordered another item and went back to work. The warning of the Arca-Swiss engineers, of course, I still had in mind and it was important for me to pay attention to shorten the set screw exactly in length, that it couldn’t touch the ball in any camera position.

Just some blocks around the corner at the metal dealer, I could let my 3/8 inch screw threaded on M6 at the highest quality. After I had removed the original 3/8 inch screw from my tripod, the adapter pin now easily screwed from below through the tripod plate and could fixed with a nut in the desired height. The p0 keeps now safe and unwaveringly at its place. Anyone who can live with the upside-down lettering will have a lightweight, reliable and easy-to-use ball head ready to use. A head that holds any position once set without any problems – no matter the camera.

For those who have read to the end: I have mounted a black Novoflex Q=Mount clamp on every of my heads. Although this is made for the Uniqball, but it viusally fits better to the deep black Arca-Swiss than the gray version.